From investing in renewable energy, to enhancing on-campus composting, to making purchases that have the lowest environmental impact, Lafayette is committed to reducing carbon emissions and improving energy efficiency on campus

Installation of solar panels began June 1, 2021 on the sun-soaked roof of Kirby Sports Center. The solar installation is expected to generate around 540 megawatt-hours (MWh) of clean, renewable energy annually. Over its lifetime, the solar array will offset 9,625 metric tons of carbon dioxide (CO 2), or the equivalent of taking more than 2,000 cars off the road. Increasing renewable energy on campus will not only help the College in its goal to reach carbon neutrality by 2035, but it also will provide experiential learning opportunities for students. Faculty will integrate the project into courses, providing students a deeper understanding and a real-world example of solar at work. Learn more and see a time-lapse video of the construction.

The College’s student-run composting program puts nutrients from the dining halls back into the soils of LaFarm. In 2019, the College’s student compost management team collected and composted 14,491 pounds of campus food waste. By diverting this nutrient-rich resource from the landfill, they generated compost to increase the organic matter in LaFarm’s soil, which increases the soil’s carbon sequestering capacities.

Up to 990 million birds die annually in the U.S. from window collisions. Lafayette is doing its part to reduce on-campus bird collisions by at least 90% by installing anti-collision film on windows of buildings such as Rockwell Integrated Sciences Center, Skillman Library, and Acopian Engineering Center. 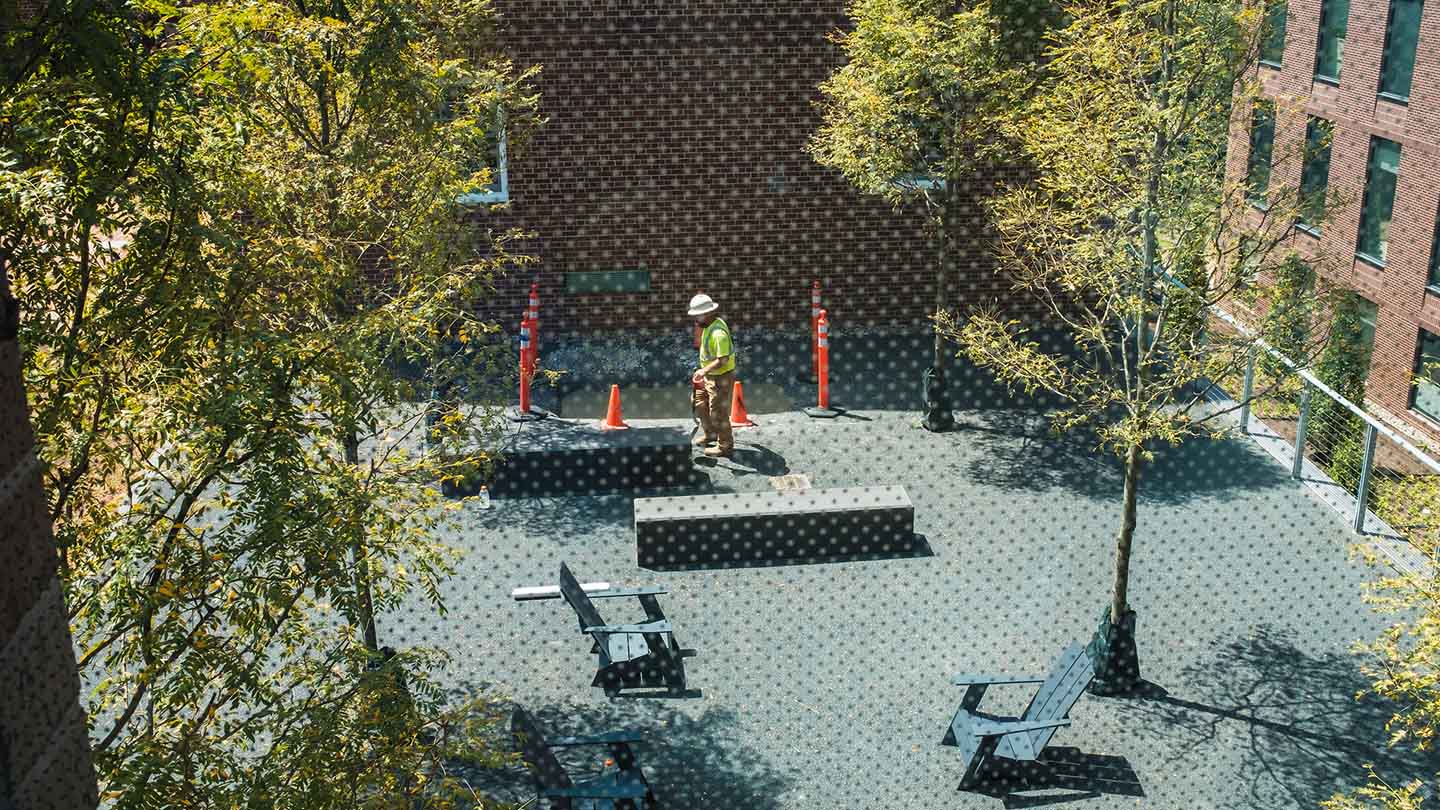 In recognition of the five-year anniversary of the Paris Climate Agreement, former president Alison Byerly signed in 2020 the “We Are Still In” pledge, which called on the Biden administration and other federal policymakers to take the actions necessary to tackle the climate crisis. Byerly joined a coalition of governors, tribal leaders, mayors, state legislatures, local officials, as well as leaders of colleges and universities, businesses, faith groups, cultural institutions, and health care organizations who signed the pledge, reaffirming their commitment to the Paris Agreement on climate change.

Learn how the Office of Sustainability demonstrated strength and resilience and continued to build a healthier, more sustainable campus community

Learn more
Our Pulse Our People