EcoRep Jen Giovanniello reflects on sustainability during her semester abroad.

“Last spring, I had the opportunity to study abroad in Rome, Italy, and among my culture shocks was my continual surprise when sustainability appeared unexpectedly throughout my semester. I took an Italian Food, Design, and Sustainability class, in addition to Travel Writing, The City of Rome (which covered the architecture and infrastructure of the ancient city), Race in the Ancient Mediterranean, and an Italian language class.

My sustainable food class covered the Slow Food movement, which originated in Bra, Italy, and sustainability considerations in food design. Through this class, I was able to visit Slow Food’s headquarters in Rome, where we were introduced to the organization’s missions: increasing crop biodiversity in an increasingly standardized conventional food system by promoting different ingredients in restaurants, and supporting the livelihoods of local and sustainable farmers. We learned about food labels, too, and it was really interesting to see how important it was to Italians to designate where their food came from, and how much easier it was to find out where a product was produced. I was also able to visit an Italian biodynamic farm outside the city and tour the UN Food and Agriculture Organization building in Rome. It was a wonderful experience to learn about these places and organizations by visiting them in person.

While my other classes weren’t as directly sustainability-geared, environmental issues did come up in a few of my other assignments throughout the semester. In my City of Rome class, we discussed at length the ancient city’s food and water supply, and I wound up writing about Rome’s food system for my final paper, examining the infrastructure necessary to feed the growing city and the politics entangled in food and food security. It was through this class that I learned about several of the environmental issues that the ancient Romans faced—concerns about contaminated water supply in the aqueducts, and waste—especially the literal mountains of single-use clay vases that once held imported olive oil. (One of these hills, Monte Testaccio, still stands in the city today.) I also got to write about the impacts of climate change on Venice for my Travel Writing class after I had a chance to visit the city and learned more about its flooding problems, and the (still limited) efforts that the government tried to take to address it. 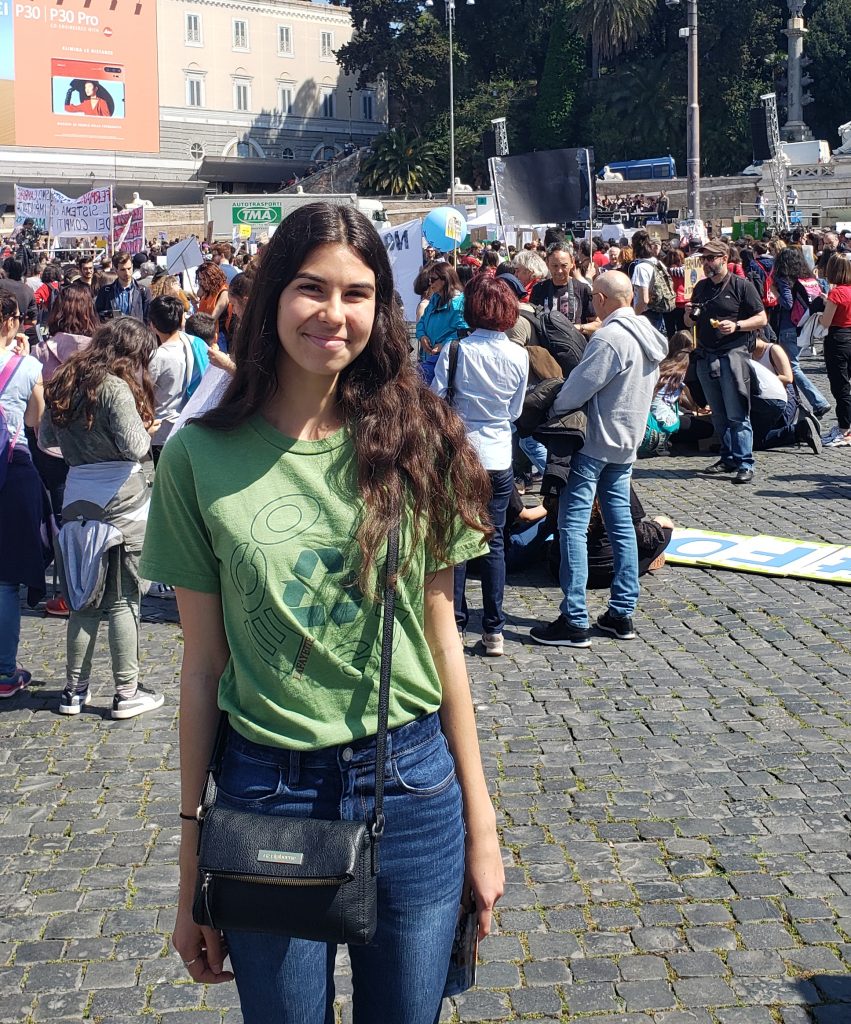 Rome itself definitely has a lot of room to improve on its sustainability (it’s a common sight to see cigarette butts littering the ground and dumpsters overflowing onto the street, and the roads are always congested with cars) there were a few things that did pleasantly surprise me. While the city is dense, there are plenty of small pockets of green space and community gardens throughout it, showing the value that the Italians place on the outdoors. There were bins for compostable waste next to all of the dumpsters and recycling bins, and there were also free water fountains all throughout the city, making it easy to refill the reusable water bottle I brought everywhere with me. Greta Thunberg’s Fridays for Future movement also swept through Italy when I was there, and I was able to attend one of her climate rallies in Rome. It was incredibly inspiring to see thousands of other young people filling up the piazza to demand climate action, showing that even though many strides needed to be taken to make Rome more sustainable, there were still many people who thought of climate change as an urgent issue there, showing up to call for immediate governmental action.”